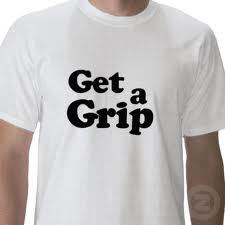 Among the many gifts given this time of year, I often see people wearing a new necklace or bracelet.  Some people wear a specific type of jewelry as a sense of identity and others wear another kind that identifies them as someone with a special health concern.

There is another type of locket that can be worn around a person’s neck.  Solomon described it in Proverbs 3: Don’t lose your grip on Love and Loyalty. Tie them around your neck; carve their initials on your heart. Earn a reputation for living well in God’s eyes and the eyes of the people.

Of all the gifts that we give and receive, love and loyalty are two of the most important.  When correctly worn, we are easily identified as a child of the King.

Loyalty is not something we wear for special occasions, nor is it a word to be casually spoken; instead, it is a lifestyle to be embraced; furthermore, our loyalty to our Lord should always be an ! and not a ?

Zig Ziglar was known for his wit and wisdom, and he once said:  The foundation stones for a balanced success are honesty, character, integrity, faith, love and loyalty.

As we move into 2014, I hope each of us can embed these characteristics as jewels and, tie them around our necks, and carve their initials in our hearts. 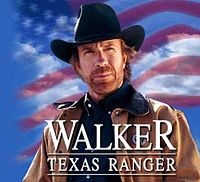 Yes Virginia, there really was a Walker Texas Ranger.  His name was Captain Samuel H. Walker.  In 1844, Walker and 16 Texas Rangers had defeated 80 Comanche Warriors at the battle of Walker’s Creek.

Because of battles like this, Walker realized there was a need for superior firepower, so he contacted Samuel Colt and the two of them designed a .44 revolver that came to be called the Walker Colt.  This pistol remained the premiere handgun for the next 88 years, and it was without peer until the advent of the .357 magnum in 1935.

Advent?  Did I just say advent in the preceding sentence?   We need to understand Advent as the coming or arrival of something or someone of special importance.  Walker and his Texas Rangers had looked forward for many years for a better pistol, but the Advent of really special importance is celebrated each year at this time; and, it commemorates the long-awaited birth of the Christ child.

The Walker Colt may have changed the way the Texas Rangers engaged the enemy, but the Advent of Jesus changed the entire world.  The Old Testament prophets had predicted the birth of Messiah for hundreds of years, and when He was finally born, John said he was full of grace and truth.

Walker may have stood for the truth, but I doubt he showed much grace to his enemies.  Jesus did, and He still does because God gave, and he still gives.  Christmas is about receiving from a giving God.

John said:  As many as received Him, to them He gave the right to become children of God, to those who believe in His name (John 1:12).

As you unwrap the packages beneath the Christmas tree, remember God’s gift Who was born in the manager and died on a tree.  This is the ultimate gift because it is the gift of eternal life.

Forgiveness is not a word that we often associate with Christmas; however, it was the unseen herald that attended the birth of Jesus.  When a joyful Mary laid her innocent child in the hay-lined crib, I imagine His impending death was beyond her imagination.

That was, however, the very reason Jesus was born:  It was to die, so we could find forgiveness in Him.  Real forgiveness is God pardoning the unpardonable, and for forgiveness to be appropriated, sinful man must believe the almost unbelievable.

I can believe that I might give my life to save another person, but I cannot fathom the possibility of me giving the life of one of my children for the benefit of another.

And, it is because God gave His son, that we have the gift of Christmas—hope.  At those times when things seem so hopeless, the eternal gift of God is ours to claim.

After all the packages have been opened on Christmas morning, the wrapping paper has been trashed, and the batteries in the new toys have lost their charge, the hope of Christmas will still reign supreme.

I encourage to take some time to consider God’s gift, and to embrace the hope of Christmas we find in the person of Jesus. 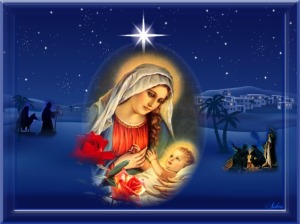 Have you ever given more than a single thought to the many thoughts of Mary? I do, when I read an interesting verse in Luke 2. It causes me to wonder: “Mary kept all these things and pondered them in her heart.”

When Mary pondered the message of the angels, and the words of the shepherds, was there really anyway she could fully comprehend the meaning of that first Christmas? When she looked into the eyes of her innocent son, could she mentally grasp that she would emotionally gasp 30 years later when he took on
the sin of the world?

How could she know that the son created in her womb would have such miraculous power over creation? When he changed the water into wine at the marriage supper in Cana, was this an ”Aha moment” for her?

What did she think when she realized her son had a leg up on the religious charlatans of the day and healed the legs of a crippled man?

When Mary saw a crowd of hungry faces suddenly satisfied by a sack lunch that was multiplied 5,000 times, did she realize that her son would also satisfy the spiritual hunger of the world?

When her son of a carpenter was dying an excruciating death on a wooden cross, did her anguish confound her comprehension of God’s ultimate plan?

How fast did her heart beat when she heard that her three-days-dead son had removed his grave clothes, rolled away a massive stone, run off a squad of soldiers, and became the resurrection and life to all who would believe?

There are some things that I ponder in my heart:
• How could Jesus understand everything, but be misunderstood by most everyone?
• Who was his best childhood friend? Could it have been a boy named Judas?
• What did he and his cousin John (later called the Baptist) talk about?
• Did his brothers and sisters see him as unique or annoyingly odd?

What thoughts fill your mind during the season of Christ’s birth? Some thoughts are worth thinking and some songs worth singing. I’ve included a couple of them here:
Mary Did You Know
Do You Hear What I Hear?