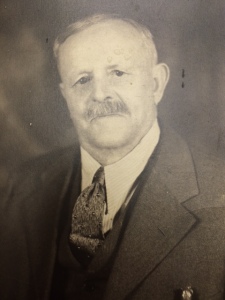 At some time in your life you’ve probably met someone, and heard them make the comment: You sure are mirror image of …………your dad or your mother.

Through the years I’ve had some people say that I favor the Lacy side of my family.  More than once, I’ve heard it said:  “You’re a chip off the old block.”  When you look at a photo of either my grandad or his dad, it’s obvious that we share the same DNA.

When John wrote his first letter, he spoke about the importance of a family resemblance: “See what sort of love the Father has given to us: that we should be called God’s children—and indeed we are! For this reason the world does not know us: because it did not know him.  Dear friends, we are God’s children now, and what we will be has not yet been revealed. We know that whenever it is revealed we will be like him, because we will see him just as he is.  And everyone who has this hope focused on him purifies himself, just as Jesus is pure (I John 3:1-3).”’

When your life is observed, can people see a family resemblance?  Are your actions, and mannerisms a mirror image of the life of Jesus?