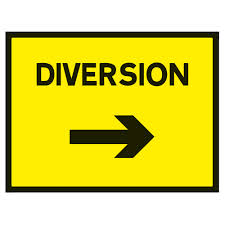 After listening to some of the comments from the presidential hopefuls in the recent Iowa Straw Poll, I think a name change is in order.  Because the brief speeches revealed some weaknesses, it might be more accurate to call it the Flaw Poll.

Sometimes political speeches disintegrate into a form of mindless banter, and the candidate’s version of the facts is a perversion of what is true.  Winston Churchill said: “The truth is incontrovertible. Malice may attack it, ignorance may deride it, but in the end, there it is.”

Truth is not created. It is discovered.  Whenever you find someone trying to fabricate the truth, you have discovered a lie.

The difference between the truth and a lie is as simple as the letters “d” and “i.”  When you add them to version, you get a di-version from the truth.  You allow your emotions, wants and desires to turn you aside from the correct course or you yield to the biased opinion and false argument of another you are misdirected.

This was the problem that Paul was addressing when he wrote to the Christians at Galatia (1:6-9):

I can’t believe your fickleness—how easily you have turned traitor to him who called you by the grace of Christ by embracing a variant message! It is not a minor variation, you know; it is completely other, an alien message, a no-message, a lie about God. Those who are provoking this agitation among you are turning the Message of Christ on its head. Let me be blunt: If one of us—even if an angel from heaven!—were to preach something other than what we preached originally, let him be cursed. I said it once; I’ll say it again: If anyone, regardless of reputation or credentials, preaches something other than what you received originally, let him be cursed.  ~The Message

There is a close connection to the degeneration of society and the proliferation of lies.  This is one reason Paul warned the Galatians: Any diversion from the principles of God is a perversion of the truth.

Before you yield to the new and ideal, you might want to compare it to the tried and true: “We are not meant to remain as children at the mercy of every chance wind of teaching and the jockeying of men who are expert in the craft presentation of lies. But we are meant to hold firmly to the truth in love, and to grow up in every way into Christ (Ephesians 4:14 Phillips).”