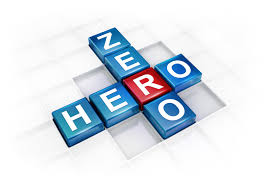 Most of us have experienced those horrible moments of life when nothing makes sense, and we find ourselves searching for answers and questioning God. I believe the Apostle Paul had these kind of experiences in mind when he wrote: “For now we see indistinctly, as in a mirror, but then face to face. Now I know in part, but then I will know fully, as I am fully known (I Corinthians 13:12).”

Eugene Orowitz had a hero to zero experience, and he is a good example of what Paul was saying. Orowitz was a scrawny 140-pounder who had more interest in books than he did in athletics. One day Orowitz was watching some of the other guys throw a javelin, so he thought he would give it a try. His first throw was a winner, travelling 40 feet farther than his nearest competitor.

His ability to throw the javelin increased to the point that Orowitz held the national high school record. His athleticism eventually earned him a scholarship to the University of Southern California, but everything changed one day when he failed to warm up before an event. Orowitz felt a sharp pain in his shoulder, and he knew something was wrong. The shoulder injury ended his Olympic dreams and cost him his scholarship at USC.

Later, Orowitz would say this was the worst day of his life. Since he was no longer attending college, he tried to make ends meet by selling blankets, working as a stock boy, and unloading freight cars at a warehouse.

Orowitz said the worst day of his life became the best day when he went to an audition and landed a spot in an acting school. Orowitz thought a name change might help his acting career, so he changed his name to Michael Landon.

If he had never experienced the worst moment, injuring his shoulder, he never would have lived the wonderful life of Michael Landon, nor would he have acted in roles as Little Joe on Bonanza or Charles in Little House on the Prairie.

When you give your life to God, He can change your worst moments into the best. Why not give it a try.