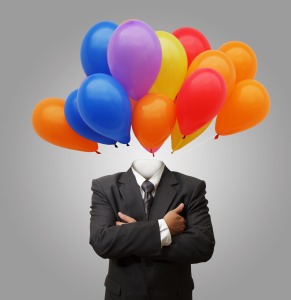 Researchers at Northwestern University looked into the relationship between casual marijuana use and brain changes. This study found that young adults who used marijuana even once or twice a week showed “significant abnormalities in two important brain structures” that affected a person’s working memory.

The casual use of marijuana can lead to the development of amotivational syndrome. People with this psychological condition can become less oriented towards their goals, lack purpose in life, and be less focused in general.

As I read this research I wondered: Do Christians, for whatever reason, suffer from amotivational syndrome? The work of George Barna may shed some light on this subject. He contrasted different types of Christians and among his work I found his comments on the Casual and the Captive “tribes” interesting.

Casual Christianity was defined as faith in moderation. This moderate form of Christianity allows a person to feel religious without making faith a top priority. According to Barna, “Casual Christianity is the best of all worlds; it encourages them to be a better person than if they had been irreligious, yet it is not a faith into which they feel compelled to heavily invest themselves.”

Was Jesus addressing one of these groups in Revelation 3? Did He chastise one type and praise the other? As you think about these questions, give particular attention to verses 14-22. Then ask yourself this question; How do I get my “high?” Is it through a substance or a relationship? Cannabis or Christ?

One thought on “The Low-Down on Getting High”