“God looks at the clean hands, not the full ones.” These are the words of Publilius, a Latin writer who  was born in 85 BC and was a contemporary of Cicero. His beginnings were rather humble in that he made the trip from Syria to Italy as a slave. Due to his quick wit, and abundant talent, he won the favor of his Italian master who educated him and then gave him his freedom.

Publilius is credited with saying: “Etiam capillus unus habet umbram” which is a Latin phrase that means: “Even one hair has a shadow.”

Every thought that you think and every deed that you do is like a strand of hair. It has a shadow or consequence, and each follicle can be as diabolical as it is delightful.

When  Solomon wrote the Proverbs, he focused on the evil and regal motives of the heart and the consequences of both:  “The wicked,” said Solomon,  “will be snared by their own wrongdoing. Their flaws will tie their own hands, and they will be dragged through life by the cords of their sins (5:22 ~The Voice).”

Like Solomon, Paul knew a person would either live the live of the foolhardy or hardly be a fool. When Paul wrote to the Christians at Rome, he advised them to be know for their discretion, not their many transgressions: “Put aside the deeds of darkness and put on the armor of light.  (Romans 13:12 ~NIV).”

Paul continued this theme when he instructed Timothy to “Command them to do good, to be rich in good deeds, and to be generous and willing to share.  In this way they will lay up treasure for themselves as a firm foundation for the coming age, so that they may take hold of the life that is truly life (I Timothy 6:18-19~NIV).”

When you read the verses above, could you see the shadow of the good deeds?  Paul said the consequence of a good deed and a generous spirit is treasure or rewards in heaven.

The quote below is from an unknown source.  As you read it, think about the long shadow it casts on this discussion.   Notice the rhythm and flow of the consequences of your thoughts and your deeds.

Watch your thoughts, they become words;

Watch your words, they become actions;

Watch your actions, they become habits;

Watch your habits, they become character;

Watch your character, for it becomes your destiny. 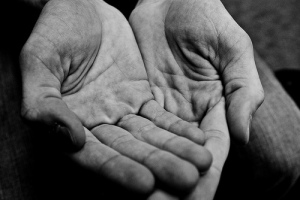 In his lifetime, John D. Rockefeller was one of the wealthiest men alive. When he died, his accountant was asked: “Just how much did John D. leave?” The accountant wisely answered: “All of it.”

The words of Solomon confirm this truth: “As he came from his mother’s womb he shall go again, naked as he came, and shall take nothing for his toil that he may carry away in his hand (Ecclesiastes 5:15).”

This life’s goods will never make you good enough to get into heaven. This is a truth that Jesus shared with His disciples: “Be on your guard against covetousness in any shape or form. For a man’s real life in no way depends upon the number of his possessions (Luke 12:15).”

In light of this verse, ask yourself a couple of questions:
• Do my possessions possess me?
• Am I more focused on the here and now or on the there and then (heaven)?

You can stuff all the stuffing in the world into your Thanksgiving turkey, but he is still dead. Likewise, none of the stuff you’ve owned will be of any value to you once you are dead.

Now take a moment and read Ecclesiastes 5:15 again, and then compare it to what John says in the Revelation: “Blessed are the dead who die in the Lord . . . they may rest from their labors, for their deeds follow them!” It’s not the stuff of the world or your possessions that follow you—it is your deeds!

When you read Paul’s letter to the Corinthians, you can see that he has the “deeds” of life in mind: “The foundation is laid already, and no one can lay another, for it is Jesus Christ himself. But any man who builds on the foundation using as his material gold, silver, precious stones, wood, hay or stubble, must know that each man’s work will one day be shown for what it is. The day will show it plainly enough, for the day will arise in a blaze of fire, and that fire will prove the nature of each man’s work. If the work that the man has built upon the foundation will stand this test, he will be rewarded. But if a man’s work be destroyed under the test, he loses it all. He personally will be safe, though rather like a man rescued from a fire (I Corinthians 3).” 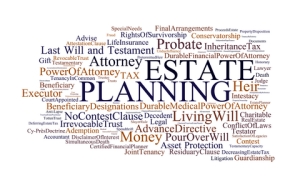 I made a phone call last week, and yesterday, I received a letter that was a response to that conversation. When I opened the envelope, I found a check for $72.72 payable to the Estate of E. Saferite. It was a refund for the unused portion of Mom’s Blue Cross Blue Shield insurance.

The Free Dictionary defines the word “estate” as, “The whole of one’s possessions, especially all the property and debts left by one at death.” In Mom’s case, this is and is not accurate.

If you think of the definition jut in the context of finances, it is a pretty good definition. If, however, you think of it in terms of the “whole of one’s possessions” it is sadly lacking.

The definition does not take into consider Mom’s possessions in Christ. Notice how Peter describes these: “Blessed be the God and Father of our Lord Jesus Christ! By his great mercy he gave us new birth into a living hope through the resurrection of Jesus Christ from the dead, that is, into an inheritance imperishable, undefiled, and unfading. It is reserved in heaven for you, who by God’s power are protected through faith for a salvation ready to be revealed in the last time (I Peter 1:3-5).”

Our possessions are an inheritance that is:
• Imperishable
• Undefiled (It can’t be soiled or stained”
• Unfading (It won’t wear out and its resources can’t be exhausted))
• Reserved in heaven for every believer

This inheritance is the result of God’s “great mercy” through which “He gave us new birth into a living hope through the resurrection of Jesus Christ from the dead.” Do you see the importance of the resurrection? The “new birth” or salvation is associated with the mercy of God and the “living hope” we have in Jesus.

What was the time period between the death of Jesus and His resurrection? Most people answer it was three days. Isn’t a day 24 hours? Doesn’t 3 X 24 = 72?

Remember that check I received in the mail? It was for $72.72. Mom’s estate or “the whole of her possessions” are much more than 72 bucks—it’s everything that Jesus has to offer!