I heard the sad story of a man who died recently. He had crawled under a house to steal the copper wiring and was electrocuted.

This is sad for a couple of reasons:

This copper incident reminds me of the judgment discussion that Paul had with the Christians at Corinth:

“You are God’s building.  As a skilled and experienced builder, I used the gift that God gave me to lay the foundation for that building. However, someone else is building on it. Each person must be careful how he builds on it.  After all, no one can lay any other foundation than the one that is already laid, and that foundation is Jesus Christ.  People may build on this foundation with gold, silver, precious stones, wood, hay, or straw.  The day will make what each one does clearly visible because fire will reveal it. That fire will determine what kind of work each person has done.  If what a person has built survives, he will receive a reward.  If his work is burned up, he will suffer the loss. However, he will be saved, though it will be like going through a fire.”               ~I Corinthians 3:9-15

In the verses above Paul offers a  Double M Lesson:

The metal and meddle aspects of your life will be judged by fire which “will determine what kind of work each person has done.”  The difference between your metal and meddle may be your mettle or the manner in which you confront the challenges of life and faithfully persevere.

When Paul wrote his second letter to Timothy he engaged in a little heavy mettle discussion:  “When the going gets rough, take it on the chin with the rest of us, the way Jesus did. A soldier on duty doesn’t get caught up in making deals at the marketplace. He concentrates on carrying out orders. An athlete who refuses to play by the rules will never get anywhere. It’s the diligent farmer who gets the produce. Think it over. God will make it all plain.”  ~2 Timothy 2:3-5

I encourage you to do what Paul admonished Timothy to do in the verses above:  “Think it over.” 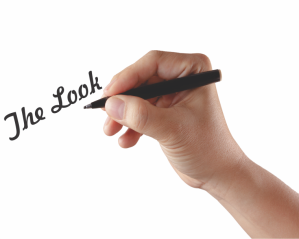 Since Jesus emphasized the principles in this passage of Scripture I encourage you to do several things:
• Read it each morning this week before you leave your house and each evening before you go to bed.
• Ask God to give you a clear understanding of the meaning of these verses.
• Think about how this passage can help guide you in the context of three actions:
1. LOOK UP to God in worship God. This act deepens your personal relationship with Jesus Christ as you meet daily with God during times of private devotions.
2. LOOK IN to integrate biblical principles into your everyday life.
3. LOOK OUT to embrace the hurting people of your community. Invest a portion of your time, effort, and resources in your friends, family, neighbors and co-workers so they will comprehend what it means to be a Christian.

When you commit yourself to doing this, you will have the look of someone who loves the Lord with all of his heart, soul, and mind.

Even though the days of cane pole fishing have been replaced by high tech fishing gear, I can still remember fishing with those glorified sticks and a piece of string. Most of these memories include a short little pudgy man with a smiling face and big heart. Edgar was his name, and he was my Grandpa Lacy.

Grandpa and I would sit on the river bank by an old stone bridge and watch the muddy water gentle flow downstream. After baiting the hook, Grandpa would chuckle and say to me: “Before you toss your line out, make sure you spit on that fishin’ worm for good luck.”

Since I was just a kid who wanted to catch some fish, I eagerly spit on the worm; and, I did this with no thought to the origin or efficacy of this tradition. As I grew older, my curious mind would reminisce about the river bank days and the lore of spitting.

In biblical days, some people believed that spittle was representative of more than just good luck and catching fish—they believed it was a window to the soul. This could be one of the reasons that Jesus used His spittle when He performed some miracles like the one in John 9: “Jesus saw a man who had been blind from birth . . . He spat on the ground and made some mud with the saliva. He smeared the mud on the blind man’s eyes and said to him, “Go wash in the pool of Siloam.” So the blind man went away and washed, and came back seeing.”

In the Bible, blindness is symbolic of spiritual darkness. This man’s physical condition represented his spiritual need—his eyes were unseeing and his soul was blind. Jesus healed the one, so He could save the other.

When questioned by the religious authorities about his prior condition and his present and miraculous healing, the man simply said: “All I know is that I was blind and now I can see.” This man knew that the healing of his body and soul was more than good luck, it was the good Lord at work.

When Jesus began His public ministry, He went to the synagogue and read from Isaiah:

“The Spirit of the Lord is upon me, because he has anointed me to proclaim good news to the poor. He has sent me to proclaim release to the captives and the regaining of sight to the blind, to set free those who are oppressed, to proclaim the year of the Lord’s favor.” Then he rolled up the scroll, gave it back to the attendant, and sat down. The eyes of everyone in the synagogue were fixed on him. Then he began to tell them, “Today this scripture has been fulfilled even as you heard it being read (Luke 4:18-21).”

Notice two of the phrases from above:
• He has sent me to proclaim release to the captives and the regaining of sight to the blind
• The eyes of everyone in the synagogue were fixed on Him.

Jesus came to restore sight to the unseeing eyes and the blind souls of the people seated in the synagogue, to the blind man in John 9, and to you and me as well.

Praise God for His goodness, grace, and mercy!

One of my favorite sections of Scripture is Romans 5:1-5, and I read it again this morning. I call it the 5-5, and I share it with you below:

“Therefore, since we have been declared righteous by faith, we have peace with God through our Lord Jesus Christ. 2 We have also obtained access through Him by faith into this grace in which we stand, and we rejoice in the hope of the glory of God. 3 And not only that, but we also rejoice in our afflictions, because we know that affliction produces endurance, 4 endurance produces proven character, and proven character produces hope. 5 This hope will not disappoint us, because God’s love has been poured out in our hearts through the Holy Spirit who was given to us.”

In these brief verses, we find a long list of truths that provide the secret of our relationship with God through Jesus Christ:
• You are justified and declared righteous before God when you accept His son as your Savior.
• The initial result of your salvation is that you now have peace with God.
• As a child of God you have around-the-clock access to God—24/7.
• You can gain a better understanding of your affliction because hard times increase your endurance; the new found endurance builds character; and, Christ-like character produces hope.
• The hope within you is based on the love of God which has been “poured out” into your heart, and it is always available because the Holy Spirit now resides within you.

There is a reason I like to think of this section of Scripture as the 5-5. The 5-5 is a mnemonic that I use to help remind me of the relationship I have with God. 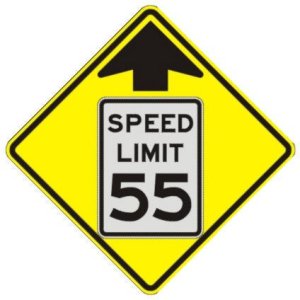 Whenever I see a 55 MPH speed limit sign on the highway it reminds me of this Scripture and the peace I have with God through Jesus Christ.

The landscape of religion experienced a seismic shift in 1517 when Martin Luther nailed his 95 Theses to the church door at Wittenburg. After an in-depth study of the book of Romans, Luther believed that the just should live by faith, and that the selling of “indulgences” was contrary to the teachings of the Bible.

Like many Christians, Luther’s life had its highs and low. These peaks and valleys prompted him to say: “We must accept finite disappointment, but never lose infinite hope.”

In regard to hope, Rick Warren has said: “What gives me the most hope every day is God’s grace; knowing that his grace is going to give me the strength for whatever I face, knowing that nothing is a surprise to God.”

Hope is a frequent theme found throughout the New Testament:

• In Romans 12:12, we are told to rejoice in hope, to be patient in tribulation, and to continue steadfastly in prayer
• A prayer of Paul in Romans 15 was, “the God of hope fill you with all joy and peace in believing, that you may abound in hope by the power of the Holy Spirit.”
• In his letter to the church at Galatia, Paul said: “we through the Spirit eagerly wait for the hope of righteousness by faith”
• Peter reveals the source of our hope in I Peter 1:3: “Blessed be the God and Father of our Lord Jesus Christ, who according to His abundant mercy has begotten us again to a living hope through the resurrection of Jesus Christ from the dead”

I’ve never claimed to be a mathematical genius, but I do know a simple equation that forms the basis of our hope: 1 cross + 3 nails = 4 given. Hope 134 can make a seismic shift in your life.

Like the old gospel hymn says: My hope is built on nothing less than Jesus blood and righteousness.