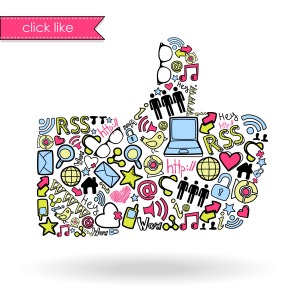 Children and adults alike seem to idolize cultural icons. There is a tendency to focus far too much attention on sports figures, musicians, comedians, and actors. The death this week of Robin Williams and Lauren Bacall are good examples of the adoration of public figures.

Some people think this is a modern phenomenon, but I don’t think this is the case. I think social media and technology flood us with the glitz and glamour of the famous and it makes it easier to become star-struck.

Some 800 year before Christ, there was a cultural icon named Absalom. This son of King David is described in the Old Testament as being the most handsome man in Israel, highly praised; and, that “from the sole of his foot to the crown of his head there was no defect in him (2 Samuel 14:25).”

Absalom was more than just handsome. He was also smart, clever, cunning and crafty. He had the power of persuasion, a great personality and was quite the charmer. On top of all of this, he was also the son of the king which meant he had power, prestige, and wealth.

It’s no wonder people idolized him, but all of this fanfare didn’t keep Absalom, like many of the rich and famous today, from becoming a tragic figure. His bad choices and unwise behavior made a mess out of his life.

To live a balanced life, you need to feed both the physical and the spiritual. If you starve either one, a crisis in your health will quickly appear. Absalom was more focused on the physical than he was on the spiritual, and this is what led to his downfall.

Even Samuel had to be reminded to focus on the right qualities: “The Lord said to Samuel, “Do not look at his appearance or at his physical stature, because I have refused him. For the Lord does not see as man sees; for man looks at the outward appearance, but the Lord looks at the heart (I Samuel 16:7).”

Deep down in the soul of man, I believe there is a hunger and longing that can only be satisfied through a relationship with God. All the laughter in the world cannot bring lasting happiness, nor can all the money in the world buy fulfillment. The answer to that emptiness is a five letter word: Jesus.

I’m glad He came to seek and to save the lost, and that He found me on that October day in 1972.